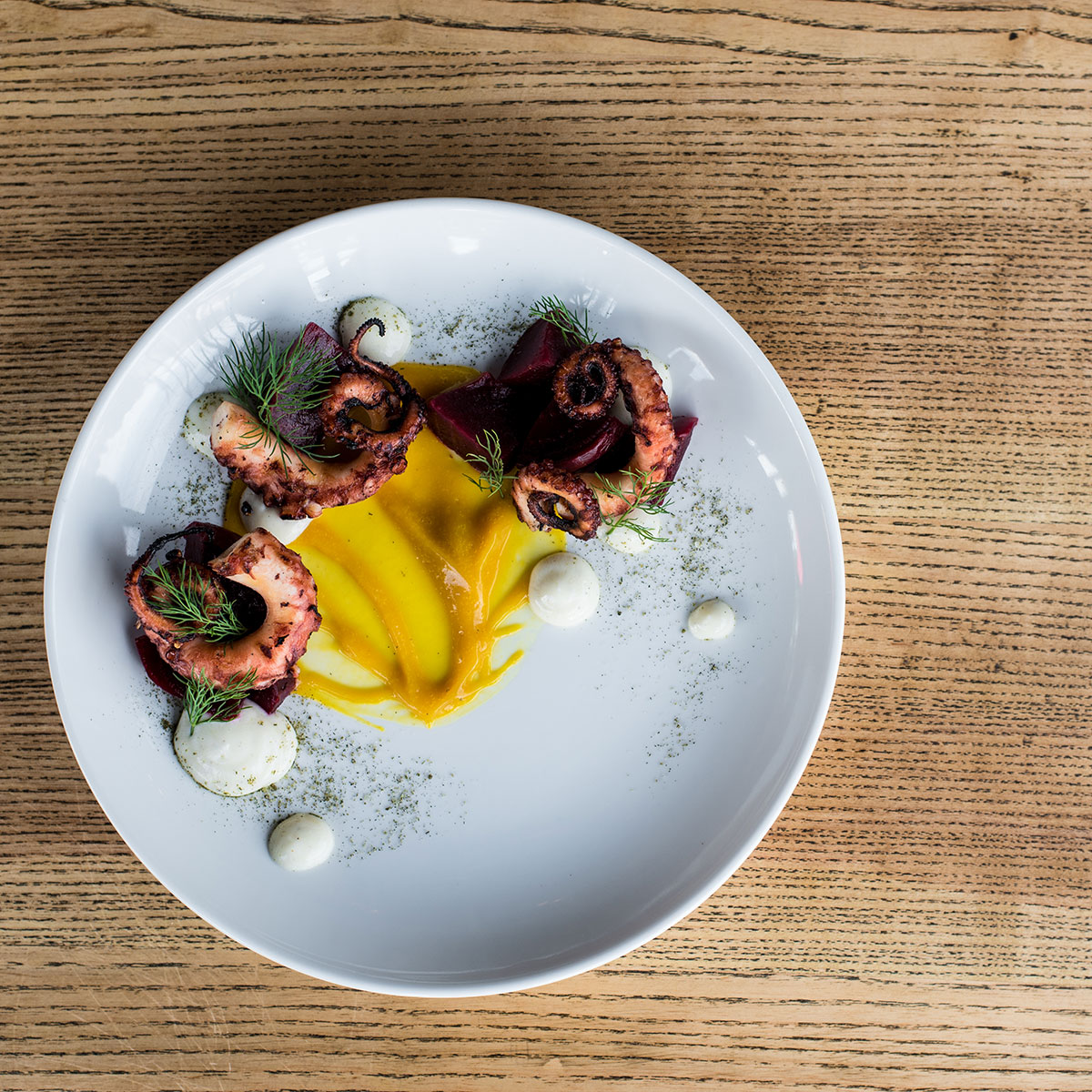 The last time my wife and I ate Makoto Ono’s cooking was four years ago at Pidgin, when he nabbed a spot on this list with his gutsy Asian fusion – and she’s still obsessing over his foie gras donburi bowl. After decamping from Gastown, Ono and his own sweetheart, pastry chef Amanda Cheng, kept their gunpowder dry until they landed this spot a few blocks from the beach in Kits. (He’s the Mak; Ming is her Chinese name.)

Vertical bands of light stripe the room’s red-cedar walls. It feels a little like a bird’s nest in here, and we’re eager to be fed. Jars of preserves line high shelves, though only one is labelled. “On Valentine’s Day, somebody wrote ‘LOVE POTION’ on our kombucha mother,” explains sommelier Roger Maniwa. He kicks off the tasting menu with a fizzy cocktail of prosecco, kombucha and shiso syrup that’s deliciously demi-sec.

When Ono was a kid, his parents opened Winnipeg’s first sushi restaurant. At Mak N Ming, his approach feels grown-up in a happy, butter-poached-lobster sort of way. He flips easily between French and Japanese with a buckwheat crepe folded over crunchy matcha-imbued panko and a tumble of foraged bitter greens. On the other half of the plate sits a miroir egg that’s been reformed via canister as a ball of espuma, with aged egg yolk (“not century-old but close”) grated overtop. It’s breakfast-for-dinner somewhere on the Breton coast.

Cheng is the closer. What appears to be caramel frosting on her rhubarb tartelette in a poppyseed shell is actually grated brunost cheese from Norway, cooked down to an almost dulce de leche sweetness. Good news: That’s only the pre-dessert. We catch sight of Maniwa delivering two sake kasu parfaits to a neighbouring table, a throwback instant camera strung around his neck. He snaps a birthday keepsake for the happy couple. I want to ask: Do anniversaries count? 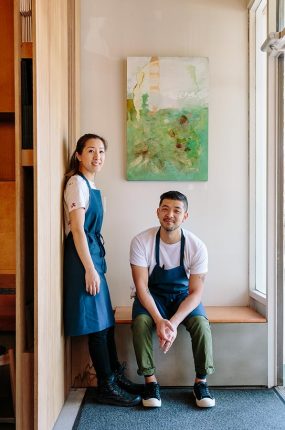 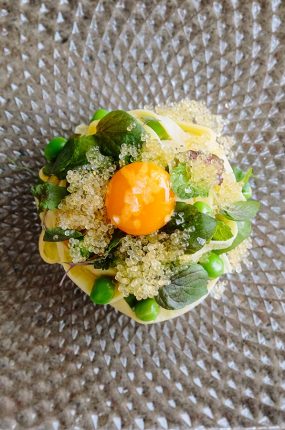 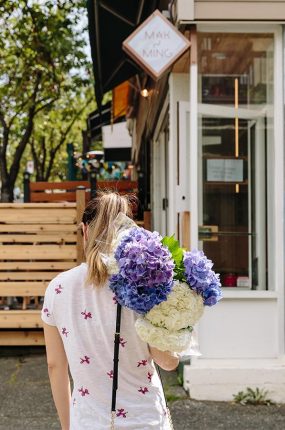 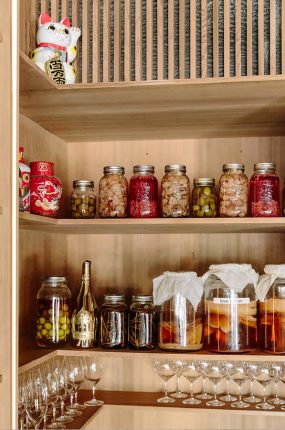 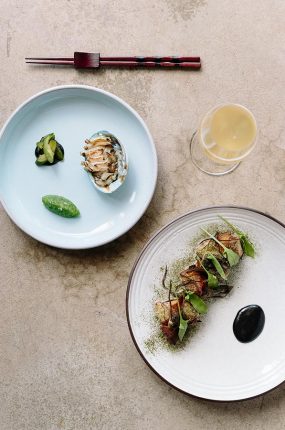 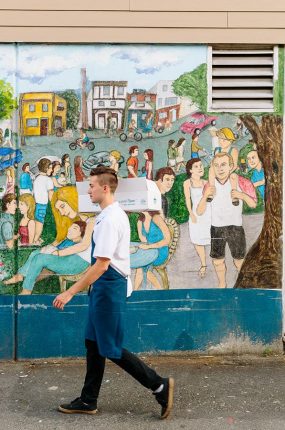 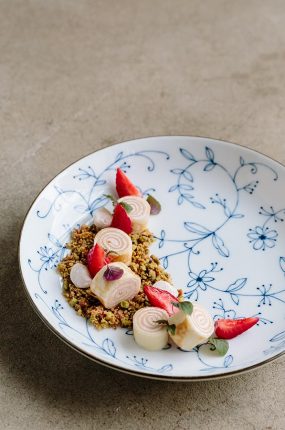 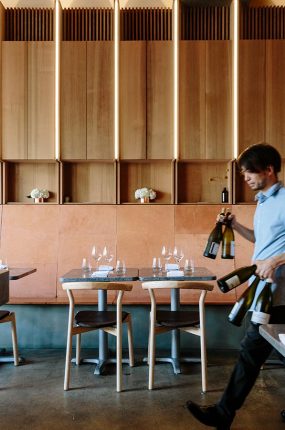 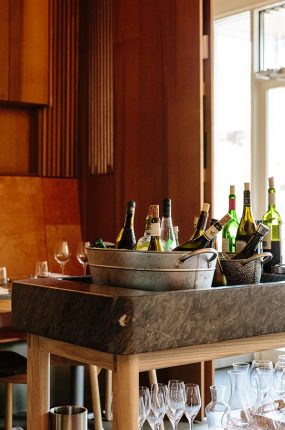 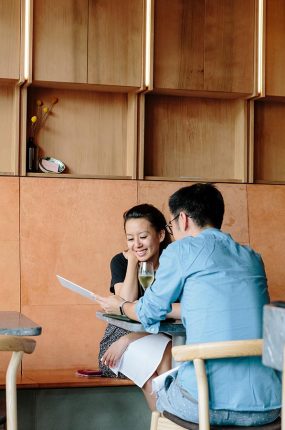 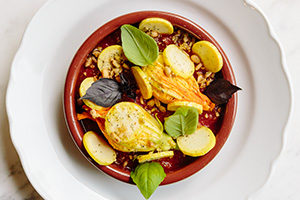 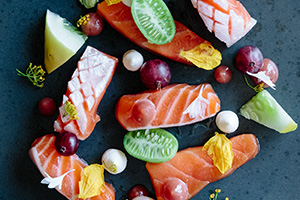 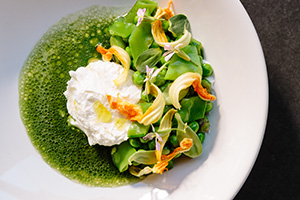 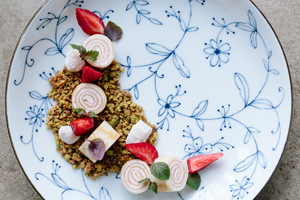 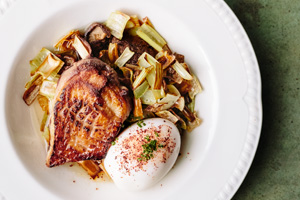 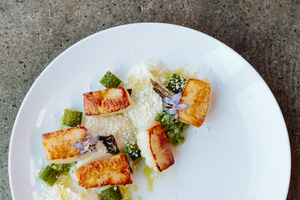 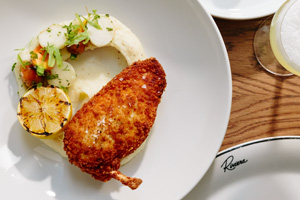 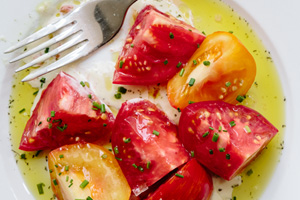 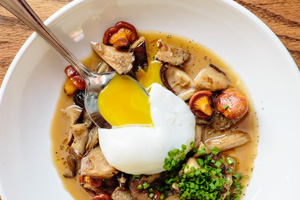 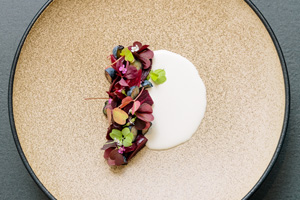